While we continue to applaud Governor Hogan’s steps to close the Baltimore City jail, the announcement to build a modern jail complex in Baltimore at a cost of $480 million dollars raises more questions than answers, including how the local use of detention fits in Maryland’s overall approach to justice policy and public safety.

The closure of the Baltimore City jail in July of last year, a facility that we agree was deplorable, antiquated, and dangerous, provided the State with an opportunity to reinvest money no longer spent on incarceration on beneficial services to impacted communities where many that occupied the jail came from.

The Maryland Justice Reinvestment Coordinating Council (JRCC) recommended strategies for reducing the state’s overall prison population and associated cost, and approaches to reinvest the savings in ways to reduce recidivism. Though the JRCC didn’t specifically address pre-trial detention, if legislators and the executive follow the recommendations of the JRCC,  some of the dollars saved by policy changes could be invested in strategies to reduce pretrial detention, including redirecting money that would have otherwise been spent on incarceration, to communities that are most impacted by the justice system.

We look forward to learning more details about the Governor’s plan, and how the plans around the jail fit within the overall approach to justice policy and public safety. Making coordinated, focused, and sustained investments in Baltimore’s communities, versus building more jails and prisons, will make Marylanders safer and help create stronger and healthier communities. 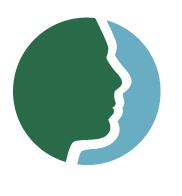