Despite crime rates being at their lowest levels in more than 30 years, the U.S. continues to maintain large and increasingly militarized police units, spending more than $100 billion every year, according to a report released today by the Justice Policy Institute. Police forces have grown from locally-funded public safety initiatives into a federally subsidized jobs program, with a decreasing focus on community policing and growing concerns about racial profiling and “cuffs for cash,” with success measured not by increased safety and well-being but by more arrests. 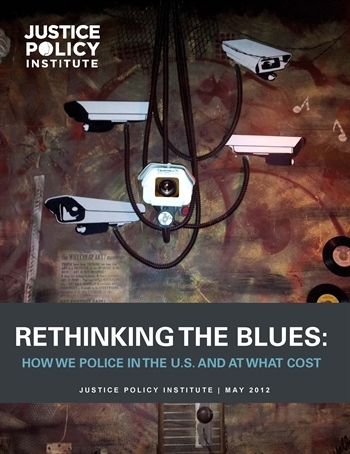 Rethinking the Blues: How we police in the U.S. and at what cost, highlights the negative effects of over-policing by detailing how law enforcement efforts contribute to a criminal justice system that disconnects people from their communities, fills prisons and jails, and costs taxpayers billions. The report also highlights both alternatives to improve public safety and examples of effective community policing efforts.