Improving Approaches to Serving Young Adults in the Justice System 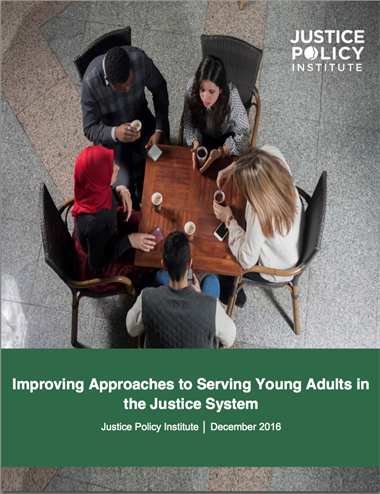 Together with the number of young adults in prison, roughly 1 in 5 people incarcerated in America’s prisons and jails are between the ages of 18 and 24 – about half of whom are young people of color.

Over the past year, a number of different advocates, policy-makers, practitioners, funders, and directly impacted individuals and families in criminal justice policy have attempted to flesh out what a more effective approach might look like to serving 18-24 year olds who are currently under the custody of the adult justice system. To help advance thinking around this policy question, the Justice Policy Institute (JPI) convened close to four dozen people from ten states in two structured focus groups on the East and West Coast to discuss the opportunities, and the challenges in developing a better approach to meeting the needs of justice involved 18-24 year olds. A diverse spectrum of people that included law enforcement, juvenile and adult corrections leaders, academics, community-based organizations that serve young adults, and people who identify as formerly incarcerated young people had an opportunity to engage in a robust dialogue with each other.