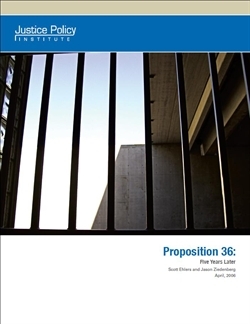 While the United States still carries the dubious distinction of leading the world in imprisonment, recent changes to sentencing in a number of states may signal that the country is turning the corner. Since 2000, at least 25 states have implemented sentencing and correctional reforms. Seventeen states, including Michigan, Louisiana, Washington, Texas, Kansas, and Mississippi, have rolled back mandatory minimum sentences or restructured other harsh penalties that were originally enacted to ‘get tough’ on low-level or nonviolent offenders, especially those convicted of drug offenses. Sixteen states, including Texas, Washington, Colorado, and Kentucky, have eased prison population pressures by shortening time served in prison, increasing the release rate, and sanctioning probation or parole violators without returning them to prison.