The Presence of School Resource Officers (SROs) in America’s Schools

Communities across the country have come together to demand meaningful changes to law enforcement practices in the wake of the tragic murders of George Floyd, Breonna Taylor, and Rayshard Brooks at the hands of the police.

The focus has rightly been on how deadly police actions have had an outsized impact on communities of color. These calls for action have delivered some immediate victories, including changes in leadership in some law enforcement agencies as well as cultural paradigm shifts, such as calls to defund the police and invest those resources into community-designed and community-owned public safety strategies.

Minneapolis, the epicenter of the movement, passed legislation to dismantle the police department and revisit that city’s law enforcement and public safety strategies. This movement for reform extends beyond municipal police departments. In fact, one of the first demands from community advocates in Minneapolis was to remove police from within city schools. 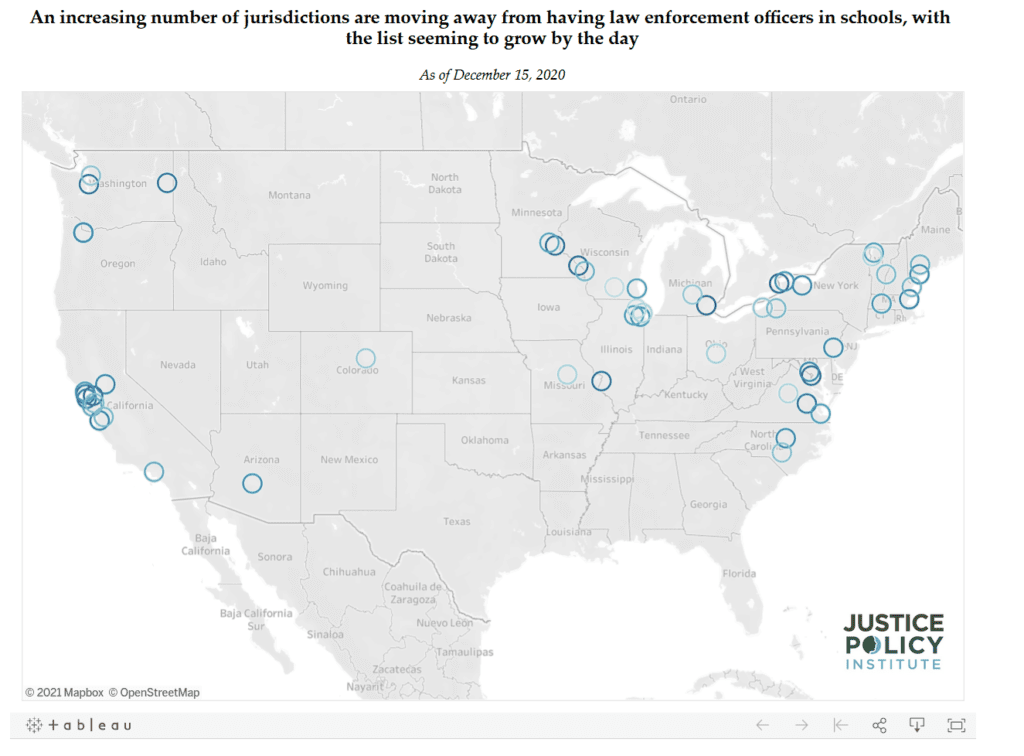 The presence of law enforcement in schools has been a controversial issue for decades. Dual concerns about rising rates of violence among youth coupled with increased attention paid to school shootings were a catalyst for federal funding for more police, frequently referred to as “School Resource Officers” (SROs), in schools. In fact, rates of youth violence were plummeting independent of law enforcement interventions and the impact of SROs on school shootings has been dubious at best. Additionally, SROs have been linked with exacerbating racial disparities in justice involvement and youth being driven deeper into the juvenile and adult criminal justice systems. Rather than preventing crime, SROs have been linked with increased arrests for non-criminal, youthful behavior, commonly known as the school-to-prison pipeline. 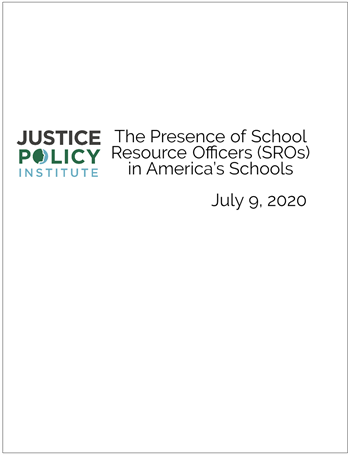 The Presence of School Resource Officers (SROs) in America’s Schools