Violent crime shouldn’t be left out of prison reform debate

More than ever before, criminal justice reform efforts to reduce America’s prison populations – the largest in the world – have garnered significant attention. However, most policymakers in Washington and around the country have focused on reducing the incarceration of people convicted of nonviolent offenses, even though more than half of the people locked up in state prison have been convicted of a violent crime.

As the Justice Policy Institute states in our most recent policy report, Defining Violence: Reducing Incarceration by Rethinking America’s Approach to Violence, the U.S. will not be able to lower its incarceration rate significantly without changing how the justice system treats violent crimes. But because violent crimes are largely being excluded from justice reform proposals, the pace of change is slowing. While prison populations are flat, there has been a worrying increase in jail populations. And across the country, we are seeing that justice reform bills are often being rejected if there is a hint that someone convicted of a violent crime might benefit—needlessly narrowing justice reform proposals.

In Maryland, state legislators passed a bill that changed the parole process so that people of little risk to reoffend would not require a full parole hearing, streamlining the process and freeing up prison beds. Despite being shown the research that older people in prison are far less likely to reoffend upon release, anyone convicted of a violent offense — regardless of age – was excluded from the parole reform. This exclusion occurred despite the fact that over the past several years, due to a state appellate ruling, there were over a hundred people released from Maryland prisons after serving long sentences for violent crimes, none of whom have been convicted of a new felony offense since their release.

In Virginia, a bipartisan commission that studied the Commonwealth’s justice system sent the legislature a set of recommendations that included giving some people convicted of a violent crime a chance at release. Unfortunately, none of the recommended changes to Virginia’s laws were enacted. Instead the Governor and other lawmakers sparred over whether restoring the right to vote for people who had completed their prison term was re-enfranchising “violent felons.” A chance at significant justice reform was missed, sidetracked by a debate on violent crime.

And in Congress, bipartisan legislation to address federal sentencing stalled this year over what constitutes a “nonviolent” person. The debate centered on whether a person currently in prison on a drug crime who had been convicted of other offenses in their distant past should be excluded from law changes.

We can however point to some modest bright spots in this otherwise gloomy outlook.

When the D.C. City Council responded to growing concerns around crime, they unanimously passed a law that focused the city’s approach on crime prevention, and changed D.C.’s Assault on a Police Officer law in a way to reduce justice system involvement. Other cities facing an uptick in crime are taking a similarly styled public health approach to violence prevention.

These modest local steps are a start, but we need to scrutinize all laws, policies, and practices that affect the length of time that someone is in prison or jail based solely on their conviction. An assessment of a person’s ability to change, ensuring that justice involved people have what they need to change their behavior (like a job, treatment, or housing), and bigger investments in strategies to reduce the harm caused by crime need to be central to justice reform proposals.

Despite what we often hear from prosecutors and other “tough on crime” proponents, there is evidence that crime victims support the kind of sentencing reform and violence prevention approach that would help the U.S. reduce its prison populations. A recent survey by the Alliance for Safety and Justice found, six in ten crime victims prefer shorter prison sentences and more spending on prevention and rehabilitation than keeping people in prison for as long as possible.

Nearly eight out of ten surveyed preferred that prosecutors focus on solving neighborhood problems and stopping repeat crimes through rehabilitation, even if it means fewer convictions and prison sentences.

No doubt, this is a complicated political and systems reform issues. But we can safely and meaningfully reduce our prison and jail populations if we have the courage to follow the evidence towards a more effective approach to violence prevention, and address how the justice system treats violent offenses.

This piece originally appeared in The Hill. 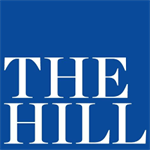