The Justice Policy Institute is thrilled to welcome three interns for spring 2015! Each of our new interns brings a unique set of experiences and skills that will help us accomplish our goals for the new year. 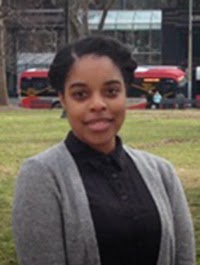 Tatiana Laing
American University
Our Communications Intern is Tatiana Laing, a junior at American University pursuing an interdisciplinary Bachelor’s Degree in Communications, Law, Economics, and Government. This time last year, she was an intern at the Brennan Center for Justice, where she contributed to research about the woman’s prison and reentry experience.  She is also a monthly contributor to Bleakhouse Press’s criminal justice blog, The Bare Lightbulb. This spring, Tatiana will be managing JPI’s blog and assisting in the planning and execution of our social and traditional media campaigns. She describes herself as both a social justice activist and news & social media enthusiast. “I’m hoping to create a bigger presence in the blogosphere for JPI,” says Tatiana. “I want convey the importance of criminal justice reform to my generation.” 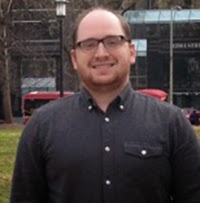 Daniel Landsman
The George Washington University
One of our Research Interns is Daniel Landsman, a senior pursuing a Bachelor’s Degree in American Studies and Criminal Justice at the George Washington University. He has previously interned at the Drug Policy Alliance, where he assisted the Office of National Affairs in researching and advocating for drug policy grounded in civil rights and science. Here at JPI, he will be assisting the research team in drafting reports and conducting research as well as contributing to the JPI blog. “I expect to gain experience in policy research, as well as further expand my knowledge on the issues plaguing our criminal justice system,” says Daniel. His long-term goals include working to reduce the United States of America’s reliance on incarceration and reducing the racial disparities across the legal system. 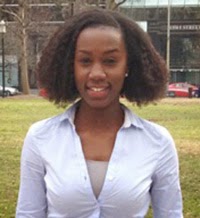 Natacia Caton
American University
Our other Research Intern is Natacia Caton, a first year graduate student at American University. She is pursuing a Master’s Degree in Justice, Law, and Criminology, with a concentration in Justice and Public Policy. Originally from California, Natacia has experience working closely with incarcerated individuals in the San Francisco County jail, through her internship with the Northern California Service League. Her responsibilities here at JPI include contributing to our blog and assisting with ongoing research projects. “This semester, I hope to expand my knowledge about the current issues involving criminal justice reform, learn more about how I can get involved with other criminal justice reform advocates, and take advantage of the amazing opportunities to attend events and meetings in and around Capitol Hill,” says Natacia.  As a newcomer to the east coast, she enjoys exploring DC and traveling to other cities in the area in her free time.

We look forward to the energy and passion our new interns will bring to the office and to the cause of justice reform.  They’ll be working hard over the next few months, and we hope they find the experience to be a fulfilling one. Here’s to another batch of great interns here at JPI!

This piece originally appeared in the Just Policy Blog,
the official blog of the Justice Policy Institute.