WASHINGTON, D.C. – The Justice Policy Institute (JPI) announced today that Marc Schindler has been named Executive Director of the national criminal and juvenile justice reform organization based in Washington, D.C. Schindler will start with JPI in August. 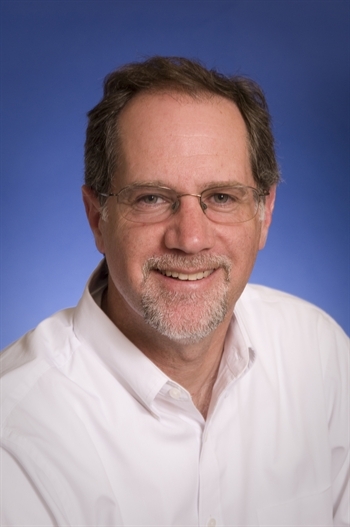 “Marc brings energy, breadth of experience and knowledge of the criminal and juvenile justice system from a number of perspectives,” said Dr. Peter Leone, JPI Board Chair and Acting Executive Director and Professor in the College of Education at the University of Maryland.

“Most importantly, Marc has the passion and drive needed in today’s changing justice system reform landscape. JPI is a strong organization in a field that is gaining momentum for reform daily. Marc’s experience and passion will inspire staff, allies in the field, and those just waking up to the need for real criminal and juvenile justice reforms.”

Marc comes to JPI from Venture Philanthropy Partners, (VPP), where he served as a partner for the D.C.-based nonprofit philanthropic investment organization. As a partner, Marc led VPP’s youthCONNECT initiative, an innovative philanthropic effort aligning public-private capital, evaluation, and high performing non-profit organizations to improve the education, employment and health outcomes of 14-24 year old youth in the National Capital Region. Schindler led the initiative from its beginning stages and helped to grow it into a nationally recognized high-performing network.

“This is like coming home,” said Schindler who has worked closely with JPI since its inception. “I’m looking forward to returning to my roots of justice system reform efforts. The Justice Policy Institute is an organization which effectively shapes the conversation and drives policy around criminal and juvenile justice reform, and I am honored to be joining such a talented, hard-working staff. Though I have been away from direct advocacy, it has remained my passion and I’m excited to rejoin my colleagues in fighting the good fight for justice – this time with the Justice Policy Institute.”

Prior to joining VPP Marc served as General Counsel, Chief of Staff and Interim Director for the Department of Youth Rehabilitation Services (DYRS), Washington, D.C.’s cabinet-level juvenile justice agency with a budget of $90 million dollars. As Executive Director of JPI Schindler will oversee the organization’s operations, provide oversight, as well as leadership and stability. JPI, a 501(c)3 national nonprofit, is dedicated to reducing the use of incarceration and the justice system and promoting policies that improve the well-being of all people and communities. The organization publishes briefs and reports supporting alternatives to incarceration and provides technical assistance to faith-based, grassroots and other organizations and individuals aimed at reforming the U.S. criminal justice system.

Schindler has worked on justice system issues from a number of varied perspectives, and is indeed returning to his roots. He joined DYRS in 2005 as one of a team of reformers who worked to transform that agency into a nationally acclaimed and innovative department that reduced the use of incarceration in favor of community based solutions, with its approach grounded in the principles of Positive Youth Development. DYRS’ reforms were recognized by Harvard’s Kennedy School, naming the department one of the “Top 50” government programs in 2008 in its prestigious Innovations in American Government Awards competition.

Prior to joining DYRS, Schindler served as a Staff Attorney from 1997 to 2005 with the Youth Law Center (YLC), a national public interest civil rights law firm dedicated to protecting the rights of young people in juvenile justice and child welfare systems nationwide. While at YLC, Schindler litigated cases on behalf of incarcerated youth and children in the child welfare system, served as co-chair of the national Juvenile Justice & Delinquency Prevention Coalition in Washington, D.C., was a founding member of the Justice for DC Youth Coalition, and taught children’s rights at American University’s Washington College of Law. Schindler has served on numerous boards and commissions including the ABA’s Juvenile Justice Committee, the DC Police Complaints Board, the Campaign for Youth Justice, the Center for Children’s Law and Policy, the Maryland Governor’s Task Force on Juvenile Justice and the Committee for Baltimore’s Children. He previously worked as an Assistant Public Defender in Baltimore’s juvenile court representing children in delinquency proceedings, where he was the recipient of the Cahill Award for outstanding commitment to service and chaired the Juvenile Law Committee of the Baltimore City Bar Association. Schindler is a recognized expert in the field, providing commentary in the national media, including on CNN and NPR, and is also the author of numerous articles and book chapters.

Marc is a graduate of Yale University and the University of Maryland School of Law. He lives in Washington, D.C. with his wife and two children.

The Justice Policy Institute, based in Washington, DC, is working to reduce the use of incarceration and the justice system and promote policies that improve the well-being of all people and communities. For JPI reports visit our website at www.justicepolicy.org.