JPI Newsletter: A Full Year of Work and Reform

2011 has been a tremendously productive year for JPI. Our reports, technical assistance and outreach have been used by advocates, the media and policymakers to advance criminal justice reform, in areas as diverse as prison privatization, the criminalization of mental illness, the growing number of veterans swept into the justice system and the need to end unnecessary schoolyard arrests. We highlight some of our most recent work below.

We are looking forward to starting some exciting new projects in 2012 — our 15th year! With your help, 2012 will propel us forward.  In addition to a full slate of research reports, we also are looking to partner on large-scale  reform efforts, including start-up grassroots movements, faith-based organizations and documentary filmmakers.

Please consider sharing our work with your friends – particularly those who are just learning the importance of this work – so we can, together, continue to reduce society’s reliance on incarceration and the justice system and improve the wellbeing of all people and communities.

Hot off the Presses
Partnerships in Reform
British Officials Meet with JPI, Others on Criminal and Juvenile Justice Reform
JPI Field Trips, Events, and Taking the Message Viral
Closing the School-to-Prison-Pipeline

Hot off the Presses 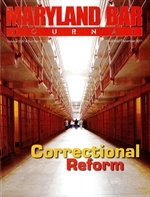 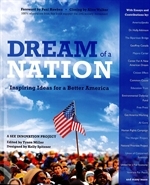 Dream of a Nation, is a book project which which highlights key issues including: building an equitable and green economy, waging peace, strengthening community, media reform, people-centered government, ending poverty, and more. As contributor Alice Walker writes, “Dream of a Nation offers hundreds of ideas and examples of how smart, committed, and daring we can be.” In addition to JPI’s submission entitled “Reforming Prisons, Saving Billions, Creating Opportunity,” Vice President Gore, NASA Astronaut Jerry Linenger and Common Cause are among the 60 visionaries and organizations featured in the book. One hundred percent of the proceeds support over 60 organizations and leaders within the civil society movement. For more information on how to purchase this book for yourself or as a gift, click here. 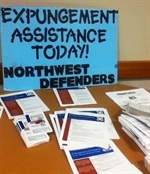 The Baltimore Public Defenders Office and the Re-entry Consortium hosted the first Baltimore re-entry and expungement summit this fall. The summit was a result of the consortium’s efforts to remove barriers to employment for individuals with criminal records in Maryland. More than 100 individuals attended. Many individuals were able to get help from the staff of lawyers on site, particularly with having records expunged. Some, however, were not; according to the Public Defender’s Office, stringent rules often make it impossible to have a record expunged if there is a subsequent offense, no matter how minor. JPI will continue to play a role in upcoming summits, and plans to work with policymakers and advocates to address policies that lead to collateral consequences such as this.

After our successful release of “Blocking the Exit” in February, JPI put its filmmakers’ hats back on to assist our friends at DC Lawyers for Youth (DCLY). On October 18, DCLY premiered its insightful documentary on the history of juvenile justice reform in our nation’s capital. “The Road to Rehabilitation and Reform” examines the transition from horrendous conditions at the old Oak Hill Youth Center in Washington, DC, and antiquated, ineffective juvenile justice programs to the new model of positive youth development buttressed by a constellation of community-based services. The film includes the voices of advocates, experts, and young people to share the history of and need for reform. If you are interested in hosting or attending a screening, you can join the DCLY listserv by emailing [email protected].

This fall, JPI Executive Director Tracy Velázquez joined colleagues from the Urban Institute, The Sentencing Project, Vera Institute for Justice, and Public Welfare Foundation at a dinner with Crispen Blunt, Parliamentary Under-Secretary of State for Prisons and Youth Justice, Ministry of Justice, United Kingdom. Hosted by Philip Barton, the British Deputy Head of Mission, the conversation centered on efforts in both the United Kingdom and the United States to control prison populations and improve outcomes for people with criminal records.

This year, JPI was able to lift our research from the confines of our report pages and share it with the masses locally and nationally with presentations, roundtable discussions, panels and more.

During the summer, our research staff including Associate Director Amanda Petteruti participated in the Drug Policy Alliance’s annual conference in Los Angeles where she  led a workshop on policing and racial disparities. Communication Manager, Zerline Hughes moderated a workshop on covering criminal justice news at the National Association of Black Journalists Annual Convention in Philadelphia featuring a panel of lawyers, professors, and TIME Magazine reporter, Steve Gray and Color of Change director, Rashad Robinson. JPI also presented on the ” war on drugs” at Princeton University during its annual Students and Alumni of Color Symposium. 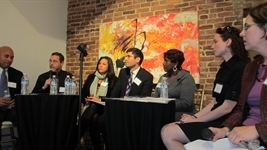 JPI’s November event, “Private Prisons: What are the Costs of Their Profits?” honed in on the various ways private prisons impact criminal justice. The panel propelled advocates, media and practitioners in the field to continue to delve into how private prisons not only benefit from the current system, they help create this system. To purchase a DVD or e-link of the event, please email [email protected]

In honor of Veteran’s Day, we held a roundtable discussion with the Open Society Policy Center on justice-involved veterans. Panelists explained the various aspects, stages and challenges associated with veterans that get caught up in the justice system. Both events were live tweeted and received rave reviews for bringing light to issues that are rarely brought up in the field of criminal justice reform. 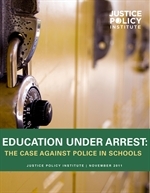 Over the last 10 years, advocates have worked hard to bring attention to the dangers associated with suspensions, expulsions, and law enforcement in schools, showing that a “school-to-prison-pipeline” sets some youth, particularly youth of color and youth with disabilities, on a track to the criminal justice system. Amidst this work, JPI saw a need to make the case that police in schools are driving many of the unnecessary and inappropriate youth arrests.

Education Under Arrest: The Case Against Police in Schools explores the available data to show that school resource officers – SROs – in schools contribute to the number of youth that are referred to the justice system; these referrals have a host of negative effects for youth and communities, and not least of which is disruption of a child’s education. The report also shows that safe schools can happen without the presence of SROs or police in schools and that investments in schools and education can go a long way to promoting safety. The report notes that while schools are challenged to educate all students, even the ones that misbehave, sending students into the justice system does not meet those goals. The intent in releasing the report was to help accelerate momentum for reform that has been building for some time.

In 1998, JPI released School House Hype, at a time that fear of school violence was at a fever pitch. As a leading voice in the conversation about zero tolerance in schools and the harm that those policies do, this report illustrates JPI’s continued concern about the problem of criminalizing student behavior.